How a local district heating utility could have used data from intelligent meters to locate the point of leakage – and save time, resources and money in the process.

By analysing the data, we get from our intelligent meters combined with data about the network, we could have effectively located the point of leakage in the distribution network. Locating leaks can be an extensive process demanding a lot of time and resources from utilities, as they must perform field visits every time, they experience flow inconsistencies in the pipes.

There is a leak!
On October 9th, the utility received a call from a customer, who explained how water was pouring out from the ground in their driveway. That same day Assens changed their distribution network settings from summer to winter time – a change that typically causes sudden pressure surges and temperature changes in the network. Those quick changes can be “the final blow” to already weak points which can cause bursts and leaks. And that is exactly what happened on October 9th in Assens.

Where’s the leak located?
The customer lives at the end of the road in a residential neighbourhood of 6 houses. Therefore, Assens FV sent out a trencher and dug down exactly where the water was pouring out – only to find no leakages. They could however see that water was running inside the pipe between the insulation. That is how they knew that the leak had to be located further upstream in the network – so that is why Assens FV dug a hole a bit further upstream. Again, to come up with the same conclusion – “no leak here, let’s check further upstream”.

Assens FV ended up digging four times before the leak was actually found.


Searching, finding and fixing the leakage took two days for two men and a trencher. The following asphalt construction and the loss of 30m3 of water were aditional costs. 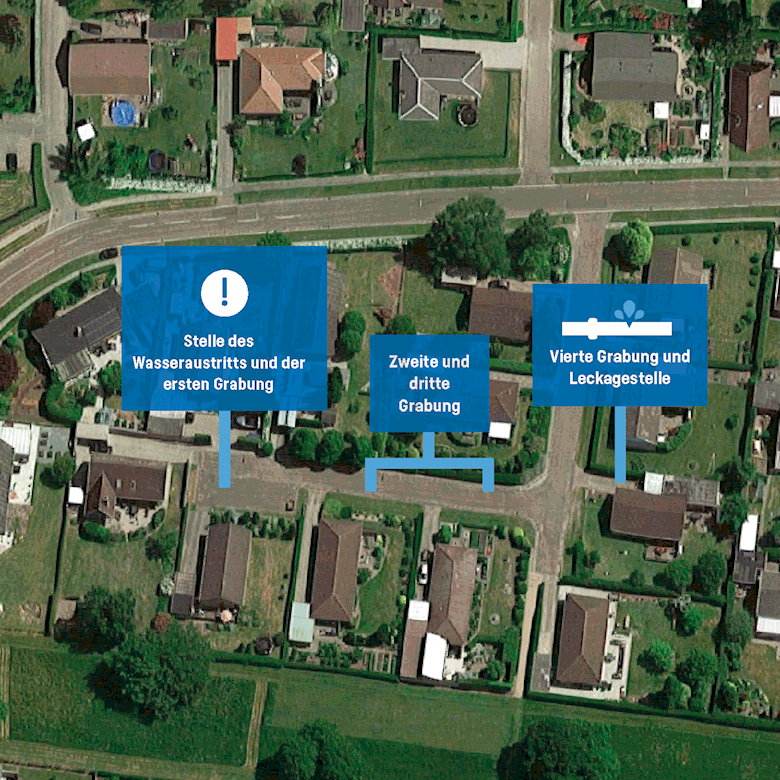 The utility had to dig a total of four times before finding the initial point of leakage in the distribution network.

How Heat Intelligence could have found that leak. 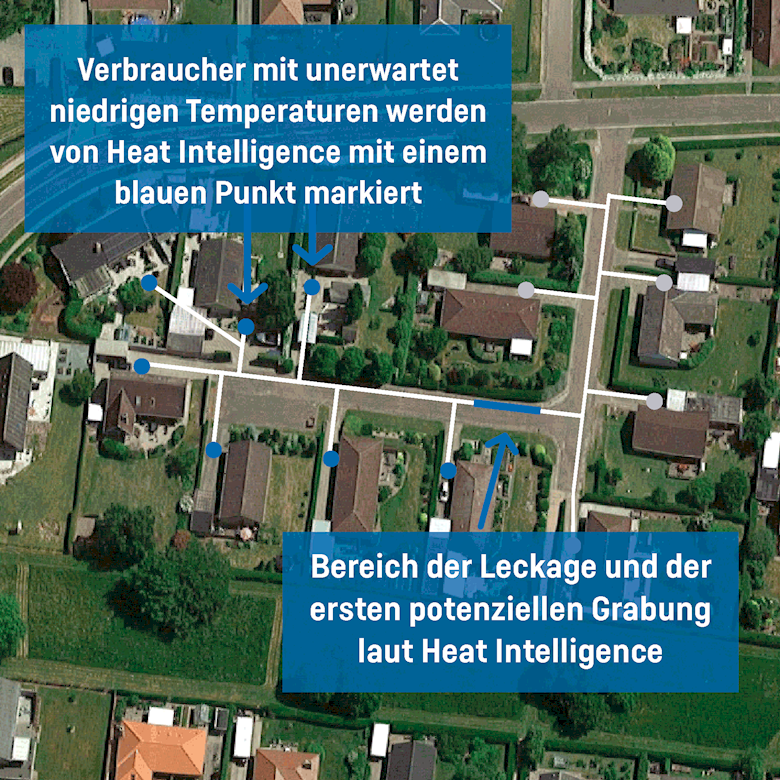 The blue dots indicate an unexpected decrease in temperature. By analysing that data, the utility can determine that the leakages is to be found further upstream in the network

Assens FV could have limited the number of diggings to 1 instead of 4. The reason for that is that the temperature deviations clearly indicates where the problem starts and ends. This limits the area of a potential leakage. Assens FV would have been able to reduce both costs for digging and water loss significantly – just by analysing the data available in Heat Intelligence.

Want to dig for more information on Heat Intelligence?

If you want to know more about analytics and Heat Intelligence, you can read more about it right here.

And get top insights and the latest blog posts delivered to you twice a week on your LinkedIn.
Click here or search for "Kamstrup Heat" on LinkedIn.

Bjarne is Product Manager for Heat/Cooling solutions at Kamstrup.

Read More
How Eliminating Unnecessary Bypasses Can Reduce the Return Temperature by 1.5°C

Optimising and reducing return temperatures is possible by analysing the data that smart meters collect about your distribution network.