Imagine, if your utility had all the answers when working within the distribution network. That you could identify and confirm potential leaks before they develop into bursts. Because as we know approximately 31% of Non-Revenue Water is lost on service connections.
This new insight would allow you to prioritize resources and maintenance efforts, to where it matters the most. On top of that this would enable you to create better customers service. The Acoustic Leak Detection solution provides transparency in the distribution network, all the way to end users. It also function as a valuable tool for your utility when an effective water leak monitoring system is required, and thus creating a proactive approach to fighting Non-Revenue Water.

Discover the benefits
There are many benefits, so let’s dive into the findings and discoveries that have been made with the Acoustic Leak Detection solution. Before we can do that, we need a bit of a background story on the project and how the flowIQ® 2200 meter works.

The project included 7 water utilities spread across Denmark and Sweden. Around 1500 Prototypes were subsequently set up in various locations in the water utilities either as part of already planned renovations or in areas with suspected leaks, which the prototypes then would help to locate.

With the newly installed meters it was possible to find leaks in the distribution network. The flowIQ® 2200 detected any acoustic change, allowing the utilities to have a focused effort in small areas, based on where the acoustic were highest. The faster and easier the area can be narrowed down to where the leak can be, the faster and cheaper the repair will be, rather than spending time and money looking through larger zones and closing of valves. 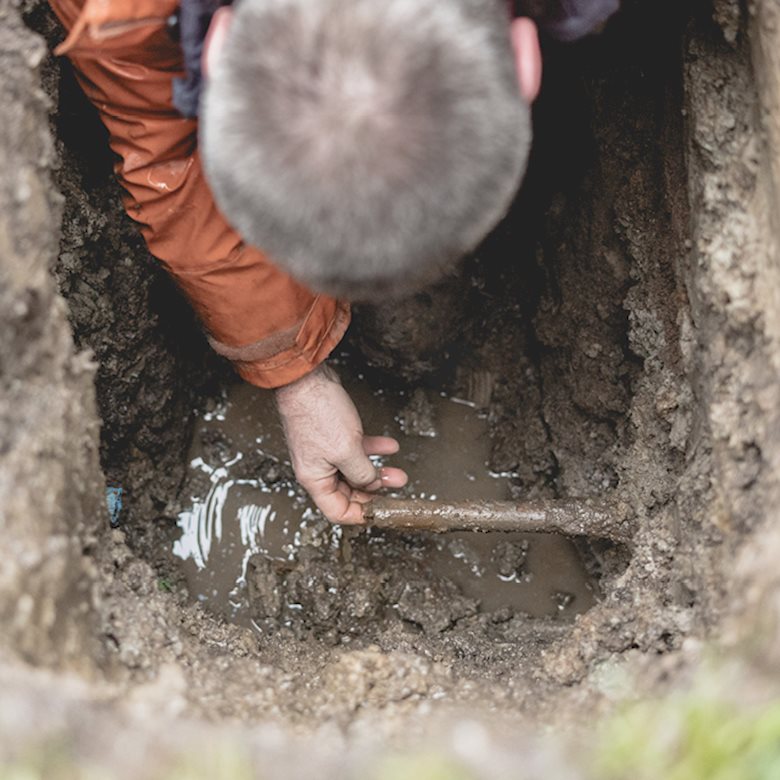 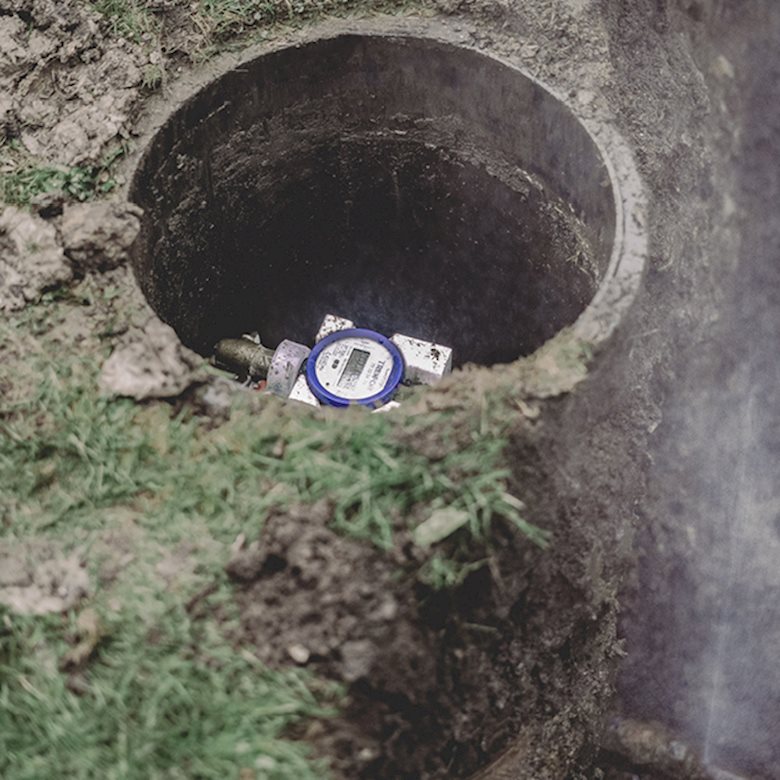 Visualize the leaks and bursts in your network

During the project, we discovered numerous leaks by implementing the Acoustic Leak Detection solution, which were clearly indicated through the visualization of the data from the meters. The visualization played an important role when the utilities needed to investigate and narrow down their search.

The solution do not only target the service connection and main pipes, but we have also been able to discover leaking fire hydrants. In the figure below, one of the leaky fire hydrants were observed by several meters in close proximity, hence the same pattern in the acoustic values. The leak was repaired and the noise level fell to a normal level again.

In connection to one of the prototypes, we were given the opportunity to simulate a leak on a service connection pipe close to the main pipe. This leak was approximately 0.5 m3/h to 0.75 m3/h, and therefore a relatively large leak that would have had a costly effect. In the figure below there is a clear representation of the spikes in the leak as when water was turned on/off.  The leak were heard by several meters, and even a meter placed around 200m down the road had detected a correlation with the meter closest to the leak (the yellow one).

A sudden spike of high acoustic values indicates that something deviates. This could either be due to extremely high consumption or a burst. The example below shows a burst inside a consumers home, which were also detected from the neighboring meters. This kind of correlation is particularly interesting as we will be able to detect acoustic changes far out in the distribution network. The more meters that are installed, the better we can tell something about the distribution network. 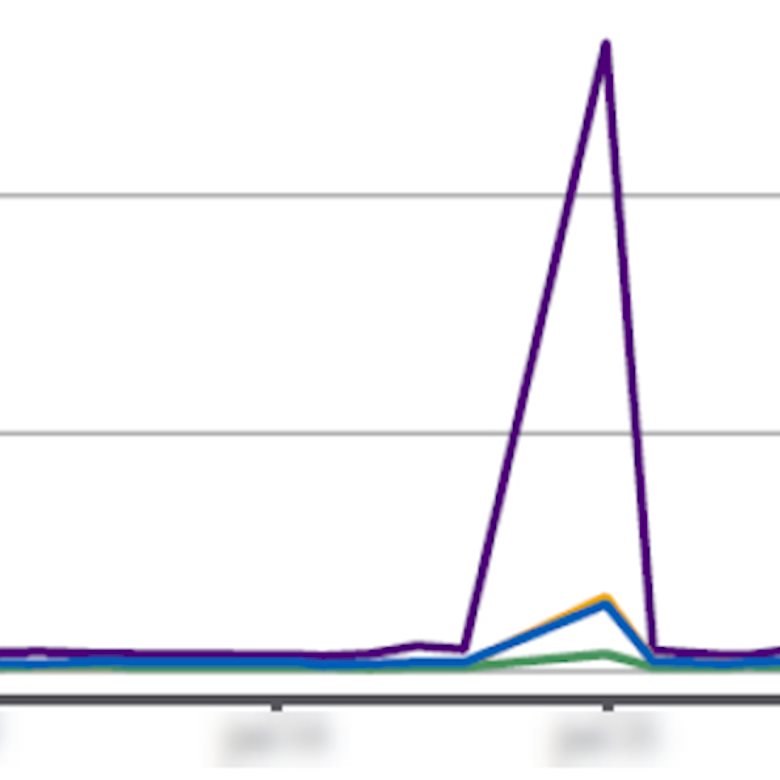 Leak on a service connection

Leaks on service connections can be a black-box for many utilities, and they often requires a lot of time and effort to find them. During the project we discovered multiple leaks on service connections, and the example below shows a rapid increase in the acoustic values. This spike happened just after the flowIQ® 2200 was installed, and a leak was detected instantly. The grey bar at the end of the water leak indicates the time it was detected, and shortly after it was repaired and then returned to normal.

Leak turning into a burst on a service connection

When something escalates in the distribution network, it is important to act in time. The example below showed a case where a leak was detected the moment the meter was installed, but after a short while this leak quickly rose in to a potential risk of bursting. The leak was discovered before it actually ended up with a burst, saving both money and valuable water. The grey indicator again shows when the leak was detected, and how it quickly returned to normal after the repairment.

Faster and more effective leak detection allows utilities to reduce their Non-Revenue Water. It also helps lowering operation costs, as you consequently will distribute less water, which also will reduce the cost of complying with legal requirements and the environmental goals. With detailed knowledge of where the leaks are, and the health of the distribution network, it will be possible to prioritize and possibly postpone investments in maintenance, renovation or additional capacity. An early detection of leaks also limits subsequent damage and allows your utility to provide a more proactive customer service by e.g. warning customers about possible leaks. Furthermore, remote reading of the flowIQ® 2200 means that leaks can be detected in service connections without disturbing the consumers.

And get top insights and the latest blog posts delivered to you on your LinkedIn.

Click here or search for "Kamstrup Water" on LinkedIn.

Martin is a Product Manager for Water solutions and systems at Kamstrup.

Utilities are, now more than ever, concerned about their level of water loss. Pressure management has proven to efficiently control leaks.

Can you guess what a leakage sounds like? Try it here.